THE POWER OF THE FORCE 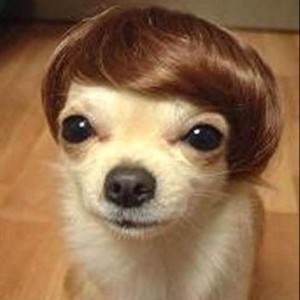 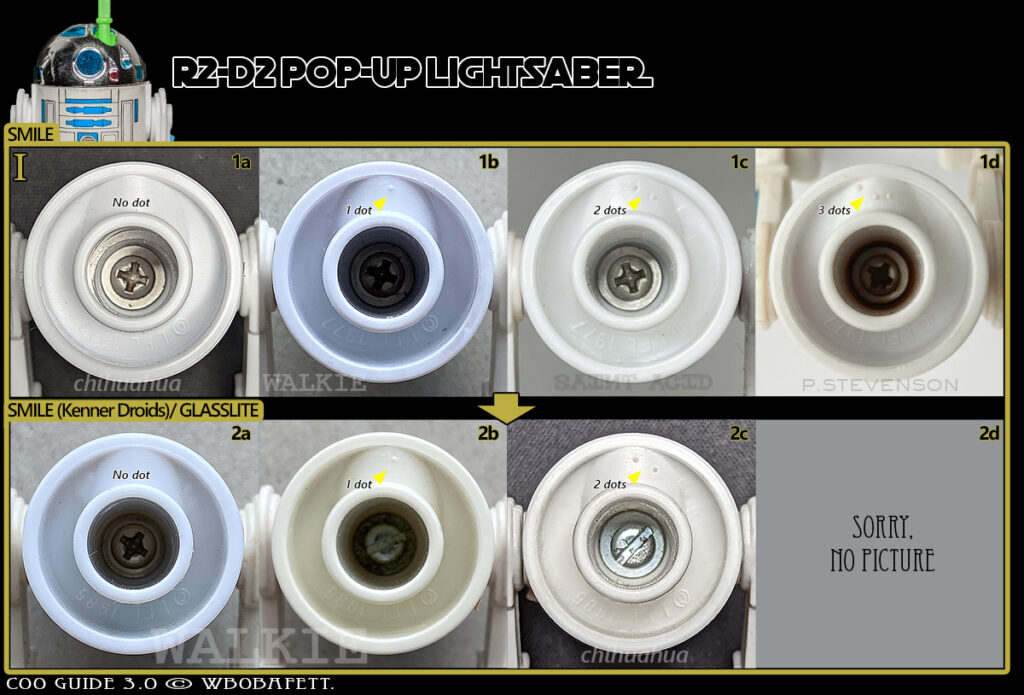 R2-D2 was again updated in the late Trilogo/ Power of the Force era, to remove the Sensorscope and include a full length removable green lightsaber to recreate the scene with Luke Skywalker over the Sarlacc pit in Return of the Jedi.

In this guide, I’ll present to you the factory correct figures as best as I have found in my research. There’s many decades of fraud and misinformation to set right with this particular figure. As the figure disassembles with no consequence, dealers and collectors have been “improving” their figures for years by obliviously mixing them up for better conditioned parts.
As well as that problem, there’s the myths. In the guide below you won’t find a “golden dome” R2 – it’s degradation of the dome lacquer. If the parts are mixed up to what you can see below, it’s a Frankenstein figure. 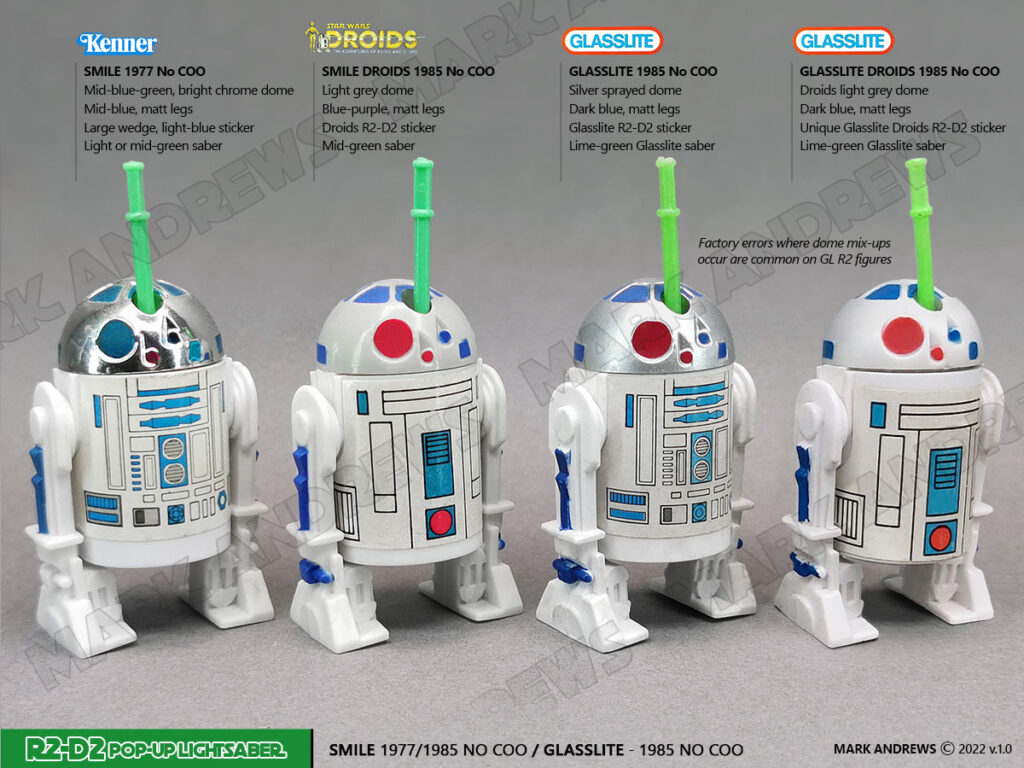 This figure, and the Droids era cartoon version of R2-D2 were solely produced by the SMILE factory in Hong Kong. As the popularity of the line slowed, these late era figures had their scale of production decreased and only a single factory was required to meet the demand.

Above you can see following variants (left to right):

A new dome and torso sculpt was required to accommodate the sabre due to it’s longer length. The paint application carried on in the same colour schemes as Smile used for their Sensorscope figure. Continuity from Sensorscope era with the “no wedge” sticker.

Some POTF cards have a lighter-green version of the sabre which doesn’t have an EPM and has minor sculpting differences to the more common mid-green, no-EPM sabre. I can only speculate that a new tool featuring an ejector pin was created to improve with the production of the pop-up sabre.

A few years later, circa 1988, Brazilian toy manufacturer GLASSLITE acquired the moulds to produce their own version of both the regular Pop-up and Droids figure and the accompanying sabre. The sticker artwork is unique to this factory. The Glasslite dome is sprayed in silver as opposed to vacuum metalized like the Kenner version.

Glasslite were not as particular when assembling the figures, so sometimes these figures can be found with mixed up domes from their regular and Droids Pop-up versions. 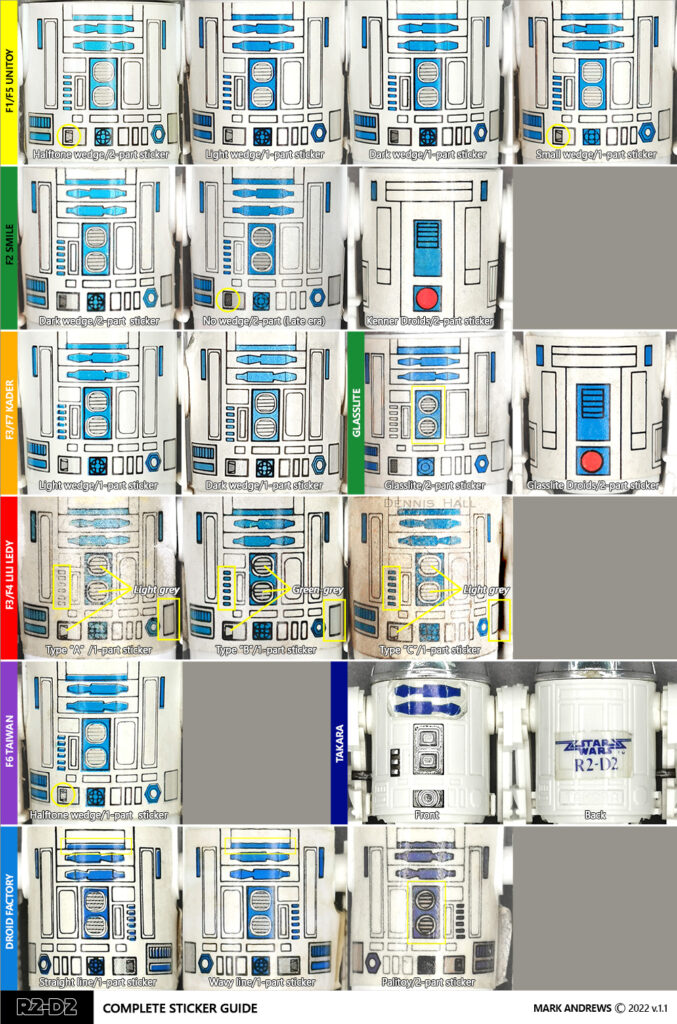 The only relevant picture for Pop-up R2-D2 is the F2 Smile “Late-era”. The sticker, screw & moulding guides are a general overview of all R2 figures.

The Pop-Up Saber R2-D2 sticker is a 3 spot colour print with blue, black and grey.

The SMILE R2 sticker has a darker “wedge”. The grey progressively becomes darker from their initial dark blue dome figure through to the Pop-up version. There’s a subtle revision of the sticker artwork in the Jedi era.

The DROIDS era sticker is a new design to better reflect the cartoon caricature in the series. This was a 3 spot-colour process and has no variations.

GLASSLITE used a sticker artwork based on the Kenner art, but is in fact unique to their factory. This applies to both their regular Pop-up R2 as well as their Droids version. Both are subtly different to the Kenner versions.

REPRO stickers have been in circulation for decades now, and the most recent versions have even been designed to artificially mimic the yellowing effect of the ageing process. In the making of this guide, I saw dozens of figures sold on eBay as vintage, priced as vintage, but in actuality had reproduction stickers applied purely to dupe unsuspecting buyers. 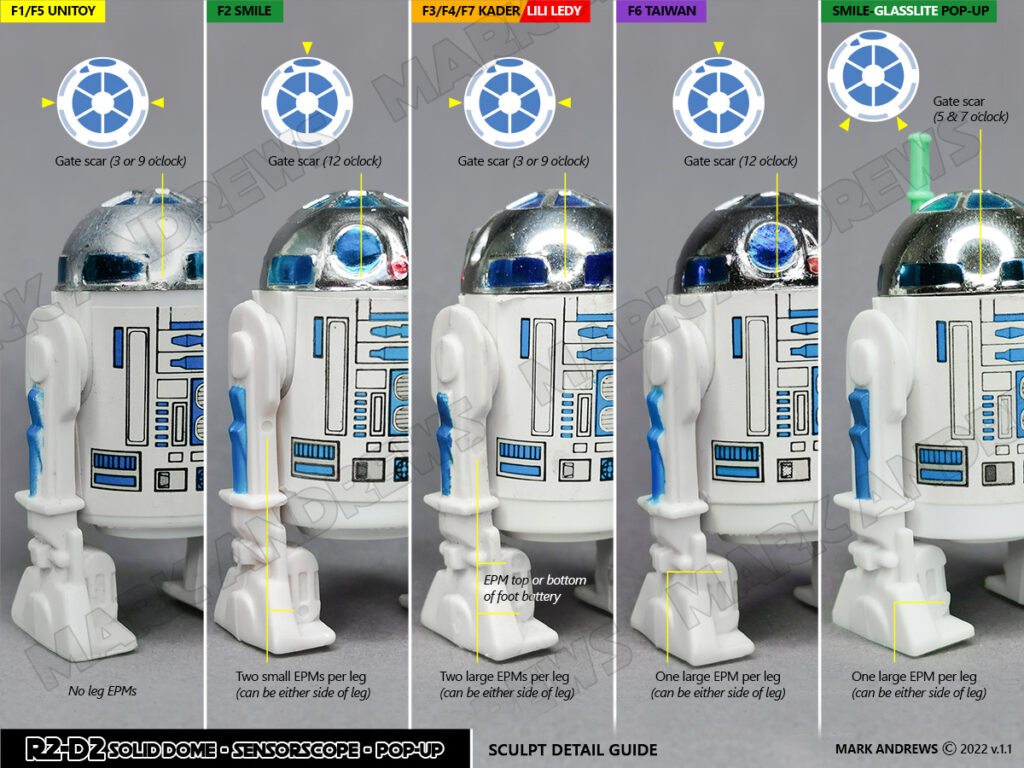 The only relevant picture for Pop-up R2-D2 is the “Smile Pop-up”. The sticker, screw & moulding guides are a general overview of all R2 figures.

With all figures, each part and accessory is specific to a factory. This is no different with R2-D2, as every part, screw and sticker used to produce the figure also being specific to a particular vendor.

EPMs and gate scars are the most effective way of confirming the origins of R2 parts. For more information about what these terms mean, please refer to my 101 REFERENCE GUIDE.

Parts can easily be swapped around and  for decades this has been done, and done incorrectly. If you have an R2 which has anything different to what’s shown here, I’d take a look at the other parts on the figure using my sculpt detail guide to see if the R2 has been tampered with. These Astromech figures have been messed around for decades by sellers/collectors looking for the cleanest example and indifferent/ignorant to the fact they’ve created a Frankenstein figure. 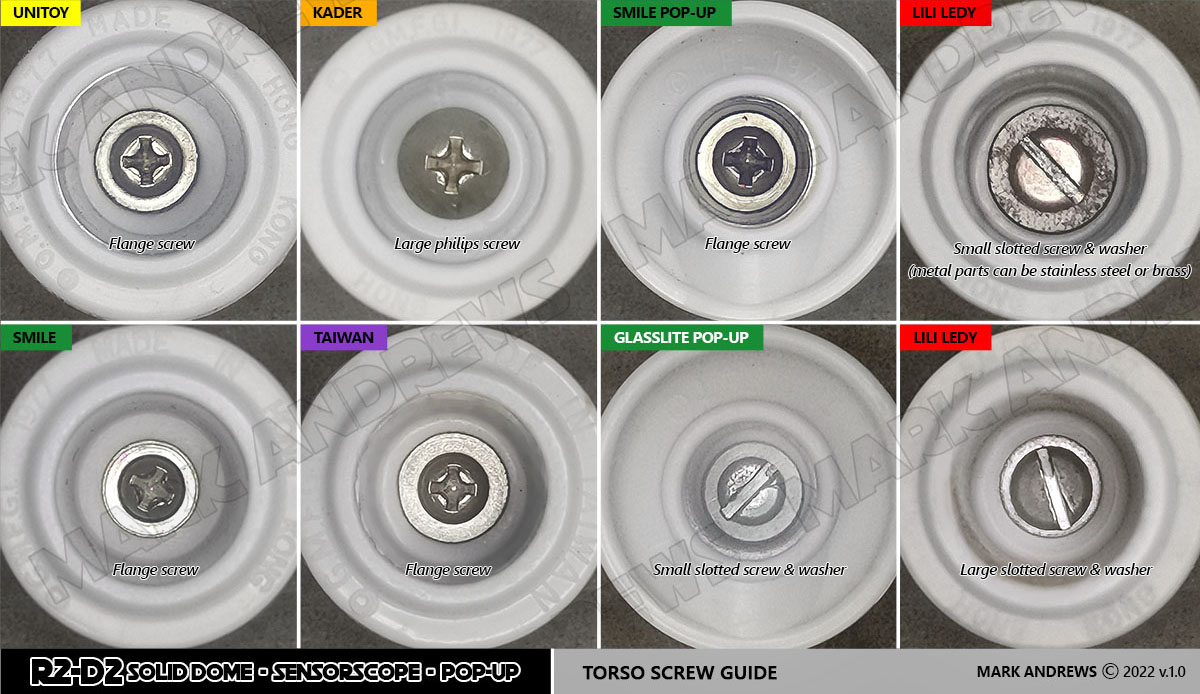 > Back to Power of the Force COOs